AKHERON (or Acheron), the river of pain, was a stream and swampy lake of the underworld and its god. The daimon Kharon ferried the souls of the dead across its dark waters in a skiff. 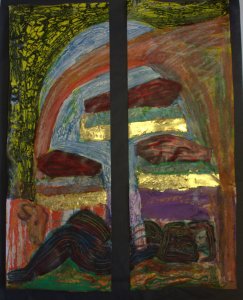 ACHERON (Acherôn). In ancient geography there occur several rivers of this name, all of which were, at least at one time, believed to be connected with the lower world. The river first looked upon in this light was the Acheron in Thesprotia, in Epirus, a country which appeared to the earliest Greeks as the end of the world in the west, and the locality of the river led them to the belief that it was the entrance into the lower world. When subsequently Epirus and the countries beyond the sea became better known, the Acheron or the entrance to the lower world was transferred to other more distant parts, and at last the Acheron was placed in the lower world itself. Thus we find in the Homeric poems (Od. x. 513; comp. Paus. i. 17, § 5) the Acheron described as a river of Hades, into which the Pyriphlegeton and Cocytus are said to flow. Virgil (Aen. vi. 297, with the note of Servius) describes it as the principal river of Tartarus, from which the Styx and Cocytus sprang. According to later traditions, Acheron had been a son of Helios and Gaea or Demeter, and was changed into the river bearing his name in the lower world, because he had refreshed the Titans with drink during their contest with Zeus.